*Advertisement
Dominique “Nikkie” Walentiny is a Senior Consultant in EY’s Forensic & Integrity Services. Together with her team, she ensures greater IT security for her clients.

Nikkie did not have a dream job as a child. But she liked to puzzle and solve puzzles. Today, the EY expert pursues cyber criminals on the Net with the same playful enthusiasm. “I find it incredibly exciting to track how hackers penetrate IT infrastructures,” Nikkie says. “What doors they use, what paths they take, how they distribute and what they do.” In the “Digital Forensics & Incident Response” team in EY’s Forensic & Integrity Services, she can fully live out her penchant for crime hunting on the World Wide Web. And as in the past, it depends on their “teammates:inside”. “Our team is great,” Nikkie tells me. “We learn from each other and with each other and push each other forward every day.”

Cyber attacks on the rise

The other side in this cat-and-mouse game does not rest. In fact, the amount of damage caused by data theft, industrial espionage and sabotage in Germany continues to climb to new record levels. According to Bitkom Research, the figure in 2021 was 223.5 billion euros. Fear is running rampant in companies, because paralyzed IT systems and disrupted production and operational processes pose a serious to existential threat. Once a cyber-attack has occurred, the IT forensic specialist and her fellow combatants enter the scene. On behalf of their clients, they dive deep into their computers and IT infrastructure. There, they search for the digital traces of the attackers and then evaluate all the evidence using IT forensics. “You do have to have a certain IT nerdiness to do this,” Nikkie explains. “Because we’re often dealing with very large amounts of data.”

Who is ahead of the game?

Some is meticulous “manual” puzzle work, others is fully automated. The goal is to understand the story in the system. “Most of the time, we can narrow down the crime period, so we specifically evaluate forensic artifacts around that area. We make note of suspicious and malicious activities, exchange information about them as a team and discuss how to proceed. In this way, we work on the case piece by piece.” This way, they stay on the trail of the criminals and use the findings for the future. “We are usually called in after the cyber attack has already occurred. But through our analysis, we uncover vulnerabilities and can better protect our client:s from the next attack.” In addition, she said, her team also works with law enforcement agencies as needed, using their court-proof evidence to convict offenders.

Investigate on the Darknet

According to a recent study, around 46 percent of companies in Germany have already been the victim of a cyber attack at least once. For the rest, therefore, the question is not if it will hit them, but when. Nikkie and her colleagues are prepared for this. They use the latest tools and are constantly educating themselves in the competition with network criminals. At a training in Switzerland in 2020, for example, Nikkie was the only one without a police background. The program included investigating the Darknet. “It was incredibly exciting,” says the mathematician, who had landed at EY two years earlier rather by chance. “I was studying the website and came across Forensics.” Nikkie quickly learned that EY is not just about auditors and tax advisors. “The fact that I share an office here with a philosopher, a lawyer and an Islamic scholar is not unusual.”

As a woman in the tech team

Nikkie appreciates this great diversity, which makes sense in her eyes given the multi-faceted and complex projects. The Luxembourg native also thinks highly of her employer in other respects: “I didn’t study computer science or anything else IT-related. EY still gave me the chance to pursue a technical career path after graduation.” She likes this openness as much as the EY culture, where diversity and inclusion are part of everyday life. That also applies to her role as a woman on the tech team, she said. “I don’t notice any difference in the way I interact with myself and my male colleagues,” the IT forensics specialist says, adding:

Does she dare to predict how the race on the net will turn out? “I realize we can’t eradicate cybercrime,” Nikkie says. “But I have a lot of fun doing my part to solve as many cases as possible.” 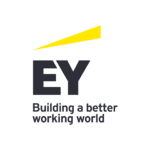 The global EY organization is a market leader in Audit and Tax, Strategy and Transactions, and Consulting.