We need more female founders? Welcome to the How to Become a Female Founder Program.

A commentary for more respect and against any form of discrimination as well as misogyny.

Since the announcement of Annalena Baerbock’s aspiration to become chancellor in April 2021, she has been subjected not only to ridicule and malice. It is above all hatred that is directed at her in all media, above all in the social networks.

At first, misogyny and misogyny come across as unexciting and almost casual:

As a mother of two, the highest political office in Germany is hardly manageable. The chancellor of unity, Helmut Kohl was also a father of two. Both children were in their teens when Helmut Kohl was appointed chancellor. No one was interested in this connection. The same applies to Gerhard Schröder. Although he had no biological children, he acted as stepfather and adopted a girl while still chancellor. How did he reconcile all that? We don’t know, and it says quite little about his political career.

I have the feeling that double standards are being applied here, and what is even more reprehensible is that the right is being assumed to be encroaching and to criticize every single step taken by a successful woman. And if it were just factual criticism, there would be no need for this article.

Twitter messages in the federal election campaign do the rest and show not only an outdated understanding of roles, but misogynistic views that are intended to marginalize female politicians.

The horror trip of a role model woman

The tirade continues, unfortunately. There are the tasteless and sexist photo montages of a female candidate for chancellor, the stigmatization as a prohibitionist politician in the form of the INSM advertising campaign, countless death threats as well as misogynistic hate comments and the denial of professional competence, which are supposed to make us realize what an inhuman being this public figure is. Accusations of plagiarism and linguistic lapses are punished with the utmost contempt; as a result, apologies or explanations are no longer relevant. To do a little whataboutism: How often have male politicians actually apologized publicly for their misconduct? Now it can be countered that this ridicule is not being heaped on Ms. Baerbock without reason. Poor citation, copied text passages, and linguistic misfires are issues that receive a lot of attention, especially during election campaigns. Nevertheless, any proportionality is lacking here.

Ms. Baerbock has been in office as foreign minister for less than a hundred days and already she has failed as part of the new federal government. Her accented English is not professional enough and her clothing is sometimes appropriate for the purpose and then again rather inappropriate. I could cite countless other examples at this point and it would only reinforce my appeal: Stop the Baerbock-bashing, stop the misogyny!

The unequal fight against misogyny

This is especially true in the case of criminal offenses, such as Renate Künast’s persistent hate speech lawsuit. “Piece of shit,” “filthy cunt,” or “lunatic” were covered by freedom of speech, according to an initial court ruling that was later overturned in part. This case in particular has shown that the net must not be a lawless space.

Politicians have been facing these attacks for years, and especially recently, calls to kill and other fantasies of murder have been on the rise. In the case of female representatives, it is often sexually violent fantasies, pornographic content or hair-raising misinformation that is spread en masse.

Want to see examples of gender discrimination and disinformation?

Breaking down gender roles has already led to hatred, rejection, and false reporting in the past, but social media and the anonymity that comes with it has made these attacks omnipresent. Even if the law is generally applicable, such as the Network Enforcement Act – NetzDG (also known as the Facebook Law), it remains to be seen whether hate speech and misogyny can be curbed as a result, since comments and posts are deleted, but the perpetrators can rarely be identified. Users who insult, discriminate, incite hatred or make false statements simply have no consequences to fear. Users do not have to register with their real names on Facebook, Instagram, Twitter, TikTok, etc., and there is no identity check. Anyone who stirs up hatred today and is banned can continue to do so tomorrow under a different pseudonym.

UPDATE: As of 01.02.2022, platforms are obliged not only to delete punishable content, but also to forward it to the BKA (Federal Criminal Police Office).

The problem is bigger than Ms. Baerbock – misogyny is systemic

Now Ms. Baerbock is not alone with countless hostilities. She enjoys the best company. Every person who has already stood up for the rights of minorities, for overcoming crises or for a better world has already been put through their paces by parts of society and, if necessary, reprimanded with the moral and linguistic cudgel. Greta Thunberg has been threatened with sexual assault and death in the form of a hanged doll, Angela Merkel has been called a traitor to the people and a National Socialist, and many other women who have stood up for more rights and participation for girls and women have been subjected to constant hatred. This approach, thismisogyny, has a system, is structurally anchored in our society and urgently needs a counter-concept. However, it is not only the attacks made public that should be of concern, but also the daily hostility and (death) threats that are lost in the social media cosmos.

My suggestion for more respect and less hate

It doesn’t matter which gender we have ourselves or whom we are facing analogously or virtually: We have to decide at any time whether we are for or against something and whether we evaluate this other person without knowing him or her in its entirety. Engaging with each other, listening to each other, as well as using non-violent language can help counter this hate and hate speech. Disparaging, sexist, discriminatory or racist statements must not be allowed to stand, but must be addressed and consistently condemned.

This mainly concerns my own gender, because women’s rights are human rights and we should all work for equality. Ultimately, I also question my behavior: If I remain silent, coyly participate or ignore something – what image do I convey? Of course, this is uncomfortable and also requires the willingness to move out of one’s own comfort zone as well as to question existing role models.

So what can we do concretely?

Hate is and remains no opinion!

Organizations that specifically advocate for those affected by hate speech or hate crime: 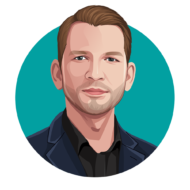 I am committed to women finding their own way, living their ideas without compromise and supporting each other. At the same time, I want to take responsibility for my gender in order to promote equality and female empowerment.

We need more female founders? Welcome to the How to Become a Female Founder Program.

Something is wrong with my period – endometriosis as the cause