A topic that accompanies every woman from a certain age is the period. While for some it doesn’t start until 17, others have been battling it since the age of 10. For most, it is a nuisance, which makes our lives a little more uncomfortable every month. For some of us, however, menstruation is life-changing.

You probably also know this feeling when your period starts. A tug, a slight discomfort, you just feel uncomfortable. However, it is different for about 10-15% of all people with menstruation. They feel pain and so much pain that they partially vomit. Diarrhea, a massive stinging, pulling or pulsing in and around the uterus takes place. Possibly, just like me, you also belong to this group of women. Every month we suffer massively from the period, because we have a disease that is still too little noticed:

You may have already heard of it, or maybe this term is completely new to you. Endometriosis is a disease that almost exclusively affects people with female hormonal balance. In very rare cases, biological males may also be affected, but this is a rarity. For this reason, endometriosis is referred to as a “woman’s disease“. This is probably the main reason why the disease has so far hardly been taken seriously in science, medicine and politics.

Endometriosis is a serious disease

This is a huge problem, as sufferers often suffer massively as a result of the discomfort. This is too often not taken seriously or dismissed as harmless. Many of us have heard things like, “Oh, pain during your period is normal,” or “I don’t feel that great during menstruation either, just take an Ibu and you’ll be fine.” However, this does not work with endometriosis. The causes are buried in the biological processes of the disease.

As a biologist with endometriosis, this topic has always appealed to me, of course. I finally wanted to know why I always have these pains and health problems. What is happening in my body so that one Ibu is not enough? This was partly the motivation for me to do research for the book “Diagnosis of Endometriosis”. Over the course of hundreds of scientific studies and reports, I continued to deepen my knowledge until I finally understood what endometriosis was, why I probably had it, and what I could do about it.

What exactly happens with endometriosis?

In this disease, places called endometriosis lesions or foci form mainly in the lower abdomen. These are groups of cells that are very similar to the lining of the uterus (endometrium). The “right” endometrium is an important part inside your uterus. Every month, your body builds up this layer of cells so that a fertilized egg can implant in it. The basic requirement for a successful pregnancy. However, if there is no fertilized egg or something does not fit, the endometrium is flushed out during the period.

This process also happens in people with endometriosis. In addition, however, the lesions or foci also work during the cycle, as they are very similar to the cells of the endometrium. But the problem is, they can’t get out of the body because they are outside the uterus somewhere inside the body. Affected women thus feel these cell accumulations working, multiplying and growing every time they have their period. This hurts more and more over time until the pain is unbearable.

Where are we in the treatment of endometriosis?

While conventional painkillers still work at the beginning, they gradually lose their effect until nothing works at all. The consequence is then surgery (laparoscopy), during which all detectable endometriosis lesions are removed. For many, this alleviates discomfort, though not for all. In addition, sufferers are prescribed hormones (simply known as the pill). This interrupts the normal female cycle, periods are absent, and thus lesions usually grow much more slowly.

This conventional treatment method is currently the gold standard for endometriosis. The problem with that, however, is it doesn’t stop the disease. And the second issue, which in my opinion is much more important:

Most women with endometriosis have no desire to take hormones every day, nor to have surgery every few months or years.

It is the same with me. I also went the conventional route in the beginning. I had a laparoscopy and then I took hormones for about a year. However, these changed my behavior and sensations and I no longer wanted to go down this path. So I did a lot of research and read scientific studies. Surprisingly, I learned that there are other ways to live happily and pain-free with endometriosis.

I have tried a wide variety of things and found that both science and my own body confirm the following:

Know your body and keep your machine running

Why these things work can also be wonderfully explained biologically. The human body is built like a complex machine, which follows certain rules. If you know these principles, you can use them to keep your system healthy and functioning. Everything we do and everything that affects us has an influence on our inner being. Logical, right? Let’s take a simple example.

Imagine a person who eats a lot of bread, butter, cheese and sausage every day. Fruits, vegetables, nuts or fish are not his thing at all. This person works in an office, likes to drink wine after work and has as hobbies watching TV and playing computer games. This idea should not be difficult, as this actually represents a large portion of the population. If we now try to see this person as a biological machine, many problems arise.

Biologically and evolutionarily, we are runners. This means that our bodies have evolved over the last tens of thousands of years to walk far every day. 10,000 to 20,000 steps were quite normal. Our muscles, metabolism, and hormones are designed to move us this far every day. However, the example person walks only 2,000 steps per day. His physical machine is thus underutilized and in the long run shuts down certain programs and functions.

In return, however, the body receives very high-energy fuel, which contains too few special components (vitamins, fatty acids, etc.). Thus, the human machine works with wrong utilization, but gets extremely explosive fuel without protective factors. We could also say that the missing food ingredients are like non-existent lubricants and protective agents. You can imagine that this machine kind of runs, but in the long run it breaks down much faster than a better used and maintained machine.

More visibility for the diagnosis of endometriosis

And one way of “breaking down” is represented by endometriosis. Our own system is not running properly, it hacks and somewhere our body needs help. Too little or too much exercise, inappropriate eating habits, psychological trauma, a microbiological miscolonization, too much stress or too poor sleep are all factors that promote endometriosis. What exactly is the problem is different for each person. However, science can show that there are a few basic things that unite most of us. And it is precisely these areas, as well as a lot of other useful information, that I have worked through in my book “Diagnosis of Endometriosis”.

So if you want to learn more about the disease, how it works, and how you can fix your own physical machine, check out the book: https://www.amazon.de/dp/B09S63H6P9 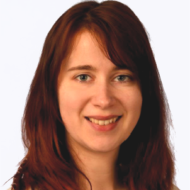 I am Diana, originally studied biology (M.Sc.) and have been working as a freelance writer since 2018. My speciality is scientific writing on health topics, which particularly concern female health. The education of the disease endometriosis is currently my main activity. I also like to give information on feminine nutrition, which supports the female cycle. I have compiled my own experiences on the subject in my book "Diagnosis of Endometriosis", taking into account over 300 current studies. Overall, I love writing and am grateful that I can earn a living doing it.

How do I motivate myself? 6 suggestions for more motivation in everyday life and in business