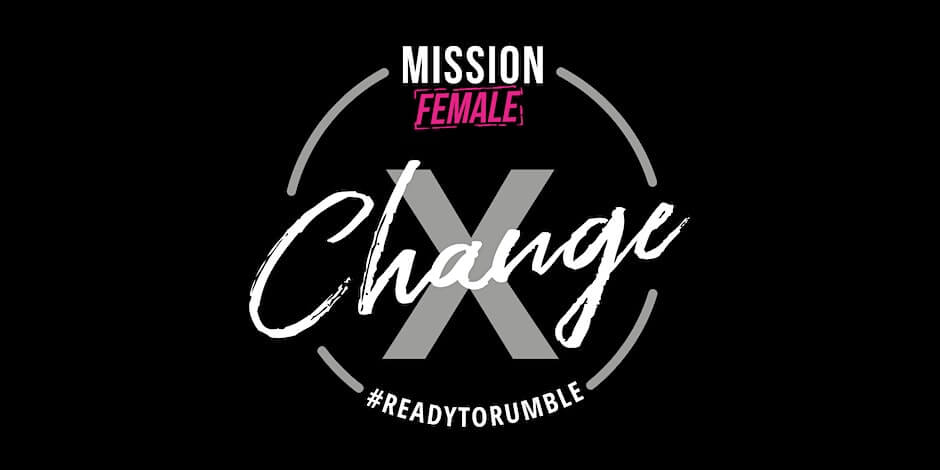 The X-CHANGE is an exclusive leadership event that brings together influential and impressive personalities from business, politics, culture, media, sports and society to find ways to strengthen women’s equality.

Each year, this high-profile conference provides the inspiration that moves people to action and change – through provocative conversations, compelling stories, and a commitment to actively driving change.

As the leading network for career women , Mission Female has a clear goal to create platforms that make the needs of female leaders even more visible and empowering. We believe in an equal future. It’s time to talk about it – it’s time for X-CHANGE!

Diversity in German companies! Where will we be in 2023? Numbers, data, facts

We show which milestones have already been reached in German companies, where there is still catching up to do, and which resources and measures still need to be made available.

It is not just demographic change that is having an impact on HR policy in companies, but also gender equality, new working models and career opportunities. A look into the future: what might the working world look like in 2050?

Feminism and the social overload

What often seems provocative is mostly the “spoken” thing that many think. Some consider the “feminism debate” to be overblown, annoying and discriminatory. Many men feel overwhelmed – fighting terms like “toxic masculinity” and “old white men” can lead to the social ostracism of men in society. We talk about culture change, emancipation and why change sometimes (has to) hurt.

“Under Pressure” – How companies deal with compliance pressure!

DAX companies, international corporations and medium-sized businesses are under pressure. At the same time, they want and need to comply with public regulations, provide compliance-compliant reporting, and sustainably guarantee the employer brand. The difficult economic situation due to war, rising energy prices, a shortage of skilled workers and disrupted supply chains pose enormous challenges for companies. What do we need to do differently to stay good?

How diverse is the financial industry? How diverse are the financial products in the market and what needs to change politically to avoid old-age poverty in the female population? What should women already consider during their education for their retirement provision.

Women’s sports on the rise

The European Women’s Soccer Championship was broadcast live in its entirety on TV for the first time, offering sponsors a new playing field. Things are moving: what achievements have we made so far in public women’s sports and where is there still a huge gap?

“Gender Language – War of the Asterisks.”

Does our German language forgive consistent gendering? How offensive is it when media and journalistic platforms don’t go 100% with it? Is there a “healthy” middle ground or does gendering give rise to renewed discussions about emancipation?

Too old, too rigid, too masculine? The Supervisory Board of the Future

Networked supply chains, 3D printing in SMEs, data science and security: technology is increasingly permeating all areas of the economy. And yet, digitization as we experience it today is just the beginning. In the digital environment, more and more companies are having to completely reinvent themselves – in terms of leadership, organization and working methods. The digital transformation requires courage, risk awareness and diversity in its leadership: Are the supervisory boards of Germany’s largest companies equipped with sufficient digital expertise to survive in the digitized world?

“Yes she can” Female, young and committed – Why politics must become more female

What political characteristics do we need for the next generations and for our country? What kind of politician profile do we need for our future and is voting an option for young people over 16?

You can find the program and the videos of the panels and interviews of the X-CHANGE 2022 on our
Website
.