Ever heard of Mental Health Week? This year it takes place from October 10 to 20 and has the motto: “Talking lifts the spirits – mentally healthy in our society” and thus focuses on our social relationships and social cohesion. In particular, the exchange between healthy and mentally ill people should be promoted, because only when people talk to each other in depth can they reduce fears, develop understanding for each other and prevent stigmas.

It is very important to emphasize at this point, as a person affected, that it is not just a matter of healthy people listening to mentally ill people. On the contrary, they can be very valuable interlocutors due to their therapeutic experience and the gain in psychological knowledge. Because receiving a diagnosis – even if it can be very unsettling – does not mean that you have “left all your know-how and talents at the checkroom”. That one is less valuable, intelligent or lovable than a healthy person.

So many are affected

Understanding for each other is really urgently needed, because people with mental illnesses are no longer a marginalized group. Statistically, more than one in four adults in Germany becomes mentally ill in the course of a year – and the trend is rising. In the course of their lives, one in three people will be confronted with a mental illness. Almost all of us know a family member, friend, acquaintance, or work colleague who has struggled with mental illness at times – and have either experienced it themselves or at least suffered mental health crises and challenges.

We are currently living in an increasingly uncertain world with permanent mental stress. With the Corona pandemic, climate crisis, inflation, Ukraine war, hunger in developing countries, etc., mental health challenges are increasing for all people, which will further increase the importance of mental health.

What is still healthy, what is already sick?

Modern concepts of illness and health have changed, and more and more use is being made of the continuum model, in which there are smooth transitions between health and illness. Moreover, according to this model, there is no strict temporal succession, but often rather healthy and rather ill parts of well-being can be felt simultaneously(!).

The difference between conspicuous behavior or intense feelings that are still normal and those that are already ill is a very fine line, as my doctor recently pointed out. Let’s think, for example, of deep grief when you’ve just lost a loved one, or fresh, heady infatuation where you don’t need sleep anymore and everything revolves around the other person and as much time together as possible. Sleep? Food? All overrated! Already we have before our eyes two human states in which deep grief can come very close to the symptoms of depression and extreme infatuation to those of hypomania.

Regardless of whether a person is considered mentally ill or healthy, so much exists that unites us all, so much more than could ever divide us. We are all people with desires, problems, dreams and hopes. We all love, celebrate, cry, laugh, despair – or are full of hope and confidence.

We all have an immortal soul.

So let’s put aside our shyness and overcome all fears of contact.

What does stigma or stigmatization actually mean?

In the headline, I wrote, “Let’s talk – even about stigma!” The word stigma comes from the Greek and, according to the Duden, means brand or scar, but also “something by which […] someone is clearly visibly marked in a certain, usually negative way and thus distinguished from others”.

In the psychological and social context, the word stigma stands for the painful stigmata that mentally ill people suffer when they are devalued, judged, insulted and discriminated against by those around them because of their diagnosis.

I myself have also experienced painful stigmatization because of my bipolar disorder, which I address in other publications (e.g. #kkl art-culture-literature-magazine: “Stigma is unfair and unjustifiable, stigma hurts – and it can even be fatal”).

. Through my social media contacts, I was able to collect sound bites from other people affected by stigmatization experiences, a selection of which I would like to reproduce here. The first names of the citers are anonymized.

Hear what Sofia has to say:

“I have been completely ignored by my father and a large part of my relatives ever since they found out about my mental illness. That often hurt me a lot – and still hurts today.”

Listen to what Atraxa has to say:

“My neighbor once asked me if, when I was acutely ill, I would then go after her with a knife. What an absurd idea!”

Listen to what Bernd has to say:

“When I was on sick leave for a few weeks, my boss, who knew about my mental illness, took away my position as head of department and tried to force me out of my job. Fortunately, the medical officer didn’t play along. At my new job, no one knows about my mental illness. And as a burned child, I will be careful not to ever give the slightest hint about it.”

How stigma happens and its impact

Sometimes stigmatizations happen accidentally, others again in the full consciousness of the speaker to want to humiliate the ill person. The result, however, is enormously hurtful, unsettling and thus fatal for the stigmatized person each time. This phenomenon of stigmatization, which is still far too common, means that there is often a lack of equality in our society when dealing with mentally ill people – even though mentally ill people have a RIGHT to equal rights.

It happens far too often that a mentally ill person turns society’s stigmatizations and prejudices against himself as shame and devalues himself with auto-aggressive thinking, which in depression can often be a continuous mental loop something like: “I’m ugly, I’m stupid, nobody likes me. Why am I even in the world?”

Self-Stigma
is a hot one,
suppurating wound,
which again and again
sets out anew
and only difficult
is able to heal.

The Mutmachleute e.V. are also part of the action alliance. They run a website where mentally ill people introduce themselves with their photo, first name and diagnosis and give an insight into their life with their illness. The focus is deliberately placed on positive aspects. Thus, sufferers become “mental health ambassadors against stigma.”

How I became an encourager

I am happy, grateful and yes, also proud to be represented by my online contribution to the Courage People as a mental health ambassador and anti-stigma activist since July 2022. And I am even more pleased to be involved in this year’s campaign film by the Courage People on the occasion of the international Mental Health Day – i.e. to kick off Mental Health Week – together with many other people affected. Together we show face, talk about our illnesses and thus encourage others. By being open about our own mental illness, we want to support others affected and their environment and send a strong message against stigma.

Here you can watch the campaign film of the Mutmachleute e.V. on the occasion of the international mental health day 2022.

On the subject of stigmatization, the following sentences sum up my opinion:

When mentally ill people are stigmatized, they suffer painful wounds that they sometimes carry with them for years, decades or even for life, while the speaker of the stigma may have long forgotten his words. That’s why my credo is: ‘Stigma hurts – down with the stigma!’

Then take a chance on the online calendar of events for Mental Health Week.

Conclusion “Together instead of against each other”: Let’s talk!

Something is even more important than everything written so far: Talk about mental health with your friends and family at EVERY TIME, and with other people if you have a good relationship of trust. Talk about how you feel, deep inside. Whether you are doing well or poorly, experiencing a mental crisis or having a mental illness, engage in a sincere exchange with each other. If you have a mental illness, it is not necessary to disclose the name of the diagnosis if you are uncomfortable or fear stigmatization. Talking about feelings and worries can already be very relieving – and after all, all people have precisely these issues. Everyone involved benefits from such genuine eye-to-eye relationships, and all taboos begin to shrink away. 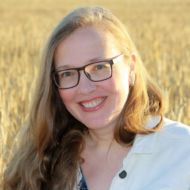 Nora Hille was born in 1975, is happily married and has two children. She studied history, literature and media studies, worked in communications/public relations for 12 years and has now retired for health reasons. Today she writes articles on the topics of mental health and mental illness as a sufferer and experience expert. She also writes literary essays, poems (preferably haikus) and short prose. She regularly publishes her mental health column here at FemalExperts Magazine and is Editor of eXperimenta - the magazine for literature, art and society. Anti-stigma work is close to her heart: she is an encourager at Mutmachleute e.V. and is committed to Anti-Stigma-Texts against the stigmatization (exclusion) of the mentally ill in our society for more togetherness, tolerance and equality. In autumn 2023 her book "When Light Defeats Darkness" will be published by Palomaa Publishing. A book of encouragement about how to live a good and rich life despite bipolar illness - and the enormous challenge that this means every day for the inner balance of those affected.

Mental health: The art of letting go, or: Is it okay to love objects?

Education is needed: How the widespread disease depression threatens our mental health