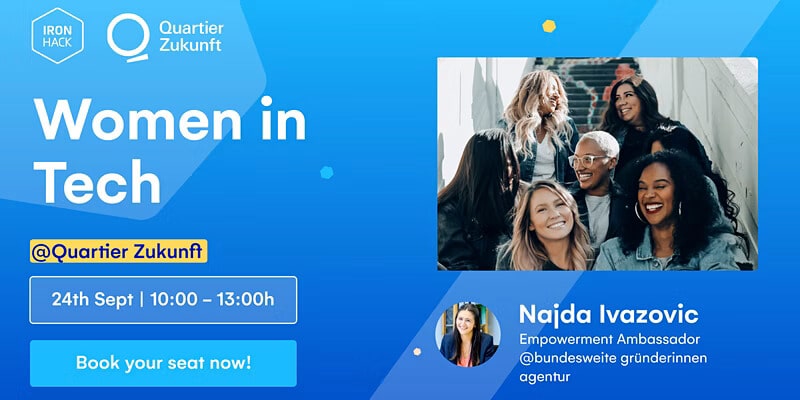 Despite decades of progress toward workplace equality, women remain underrepresented in the technology workforce. The figures speak for themselves: according to Eurostat, just 17% of the people working in STEM (Science, Technology, Engineering and Mathematics) roles across Europe are female – and only 5% of leadership positions in the technology industry are held by women.

The need for skilled employees is more obvious than ever. However, the technology industry continues to restrict itself with a “boys club” image. We must add more women to the technology sector if we want them to play an integral role in the ecosystem and ultimately strengthen the industry as a whole.

Since the mid-1990s, the WeiberWirtschaft cooperative has been operating a 7,000-square-meter start-up and entrepreneurship center here. Najda Ivazovic is the founder and a member of the cooperative’s board. She originally comes from the real estate industry. “A male-dominated industry,” says the 34-year-old, who started her own business in 2014 with a commercial cleaning company. She got to know the WeiberWirtschaft at a founders’ evening and realized that many women had similar problems.